The Benefit Party for my daughter, Catherine Galasso, came off without a hitch and a good time was had by all!  And we raised our goal of $2500 towards her matching grant of $10,000.  The day after the party, contributions continued and we were up to to $3000! 🙂 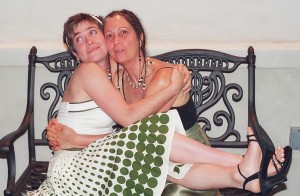 Catherine is receiving a $10000 matching grant from the San Francisco Foundation.  The grant, and it’s match, will provide $20000 towards Catherine’s new production, “Bring on the Lumiere!” which will premiere at the ODC Theater in San Francisco.  The theater is another sponsor of the production and Catherine has been artist in residence there since 2009.

I’m very excited for her.  It was a beautiful evening of dinner and entertainment.  The Lumiere Brothers, about whom the production is about, invented the first film camera.  Catherine showed some of their early films, beautiful vignettes of life in the early 1900’s.  She then showed clips from her earlier productions and talked about her work.  Cath is inspired by stories, biographies of eccentric personalities, which she embellishes artfully with dance, theater and film.  Check out her website: www.catherinegalasso.com

I’ll keep you posted as the money is raised.  We’re half way there!

To Make a Tax-Deductible Donation:
Get Involved