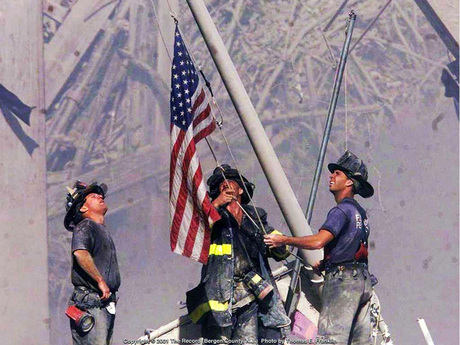 Everyone remembers where they were on September 11, 2001. I was one of those first responders one hears so much about, because there were so many of us.

While there were thousands who were there at the time of the initial impact and were fleeing terrified on foot, there were almost as many going against the tide. We were called the “first responders” and we were going to where we felt we could help. We were policemen and firemen and doctors and nurses. We were also massage therapists, actors, kitchen staff, chefs, clergy, and volunteers from every walk of life.
I don’t know about the others, but I for one was very scared on my way down there. I sat at home watching the images and that evening I picked up the phone and called the one doctor I knew in Manhattan, Dr. Antonio Abad. Antonio worked for Bellevue Hospital and he picked up the phone when he called.
He said, ” I can’t believe you got hold of me. I just walked into my apartment for a shower. I’ve been at Ground Zero since the attack, setting up a triage center. Yes, come right down.” 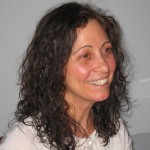 So the next morning I headed down there. The subway wouldn’t go south of 23rd Street, so I had to walk the rest of the way. The streets were closed to all traffic except emergency vehicles. I was walking straight into that big black cloud. I was hoping someone would stop me. Instead, when I got to 14th Street, I saw a bunch of men getting into a truck. They said, “Where are you going?”
I pointed to the cloud.
They said, “So are we. Get in.”
So I got in and they dropped me into the cloud in front of a door. I went inside. The cloud was just as thick inside.
Someone eventually gave me a mask, which I wore day and night for 1 week while I was there. I started by joining the sandwhich hand out line. Then Antonio found me and began bringing me clients to treat.
There were massage tables brought by therapists, as well as cots. Antonio wanted me to identify people who were to exhausted to work so he could send them home. People were working 48, 72 or longer hours straight with hardly a break for food and certainly not for sleep. They were digging through the rubble looking for people. I won’t tell you what they were finding.
A group of massage therapists, chiropractors and I were eventually stationed with a line of tables on the stairway landing. It was a huge stairway and about 10 tables and chairs fit on the landing. We received people to treat night and day. We worked in 24 hour shifts. I don’t know what the others were doing. I was doing CranioSacral Therapy (CST) and Lymph Drainage Therapy (LDT).
These therapies examine the fluid flows of lymph fluid and cerebrospinal fluid around the body, similar to taking a pulse and feeling blood flow. What I found is the trauma of 9/11 almost completely stopped the flow of these fluids. This is common in shock and everyone there was in shock. They all had stories to tell. The CST & LDT treatments allowed them to relax for that time with me, and unload their stories. And unload tears.
It was an awful time, and it was a wonderful time. Awful for all the obvious reasons. Wonderful for all the hidden wonders, hidden from the public out in TV land. People were heroic on an everyday basis. They were moved beyond their normal capabilities and rose to superhero dimensions. All of us. Including me.
I never in my life imagined I would be capable of treating through the night, 18 hours nonstop, 2 or 3 hours sleep, and then do it again.
So on September 11, 2011, let’s get together to celebrate our superhero inside. We’re offering a great big room, large enough to hold all of us, our healing light, our traumas, our massage tables.
Please join us.