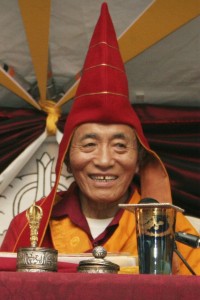 You know, I don’t know why sometimes the universe seems so unfair.  All I know is, my teacher of  over 30 years passed into parinirvana the evening of June 19, 2010.

H.H. Khenchen Palden Sherab Rinpoche was a Tibetan Buddhist monk and master teacher.  He was of the Nyingpa lineage, but he was not only a Nyingma scholar, but also a scholar of many of the different lineages of Tibetan Buddhism.

I met him and his brother, H.H. Khempo Palden Sherab Rinpoche, shortly after they came to the U.S.  from India in 1980.  They were a teaching duo.  Khenchen spoke little English, and even after he learned it, he preferred to speak and teach in Tibetan. END_OF_DOCUMENT_TOKEN_TO_BE_REPLACED

My Everest: Journey to Everest Base Camp

May 1 to May 22, 2010, I traveled in Nepal to Everest Base Camp.  I went with a group of colleagues from USANA Health Sciences, the nutritional company I represent as an independent distributor. 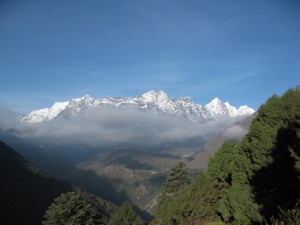 Warner Berger summitted Mt Everest 2 years ago, on his 70th birthday.  He’s in the Guinness book of world records for being the oldest North American to do so.  He attributes his ability to accomplish this great feat in part to his taking USANA nutritionals for so many years.

He sent me an email in December ’09 saying he wanted to take a group to Everest base camp, to the place that inspired him so much.  He asked me if I wanted to go.  After much hesitation, I said yes.

So this is my journal and reflections from that trip.   It’s after the fact and more reminiscence are coming day by day, reviewing and re-inventing the trip each minute. END_OF_DOCUMENT_TOKEN_TO_BE_REPLACED